While Northwestern students returned home and celebrated the holidays, the political news didn’t stop. Here’s the top events you missed while you were away:

The partial shutdown occurred as a result of a stalemate between Democrats and President Trump after he demanded $5 billion for a wall he promised to build at the southern border during his campaign. Despite negotiation attempts, Trump refused to accept any offer that didn’t meet his demands. This is Trump’s third government shutdown and is now the second-longest shutdown in U.S. history. 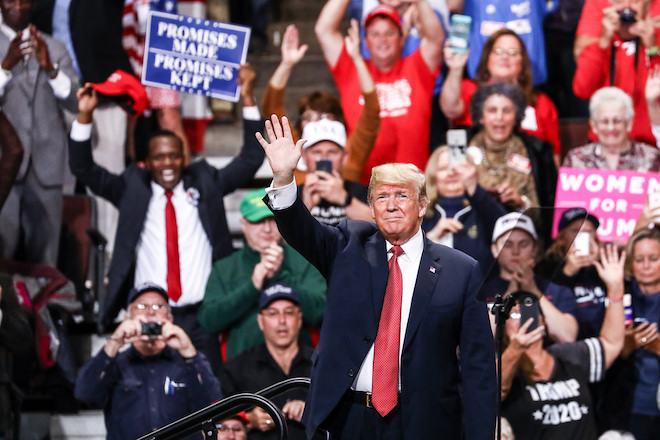 On Friday, Trump threatened to declare a national state of emergency as a last resort to get the funding for the wall. With the Democrats in charge of the House, Speaker Nancy Pelosi is leading an effort to pass individual funding bills to re-open government agencies.

On Jan. 3, the 116th Congress was sworn in. Democrats took the majority in the House, and Republicans held onto their majority in the Senate. This was the most diverse Congress, seating a record number of women and racial minorities.

Although there are just under two years until the general election, a lot of Democratic officials are considering a bid for the presidency. Sen. Elizabeth Warren essentially kicked off her campaign by announcing an exploratory committee, but many more potential candidates are expected to announce their campaigns soon. Major potential candidates include former Vice President Joe Biden, Sen. Bernie Sanders, Sen. Cory Booker, Sen. Kamala Harris, Sen. Sherrod Brown and Sen. Kirsten Gillibrand. The primaries will help define and determine the direction of the Democratic party.

A shake-up in stocks

Between trade wars and a change in Federal Reserve policies, stocks faced drastic changes during most of the holiday week, either rising or falling sharply. Stocks began to stabilize before the new year, but still had their worst performance since the financial crisis a decade ago.

Turnover in the White House

Over the break, Chief of Staff John Kelly resigned from his post in the White House. Mick Mulvaney, the director of the Office of Management and Budget, took on the role of acting chief of staff. Trump also announced that Interior Secretary Ryan Zinke was going to be leaving his post at the end of 2018.

On Dec. 20, former Secretary of Defense, James Mattis, submitted his resignation letter, citing his difference of opinions on international relations with Trump. Mattis said, “My views on treating allies with respect and also being clear-eyed about both malign actors and strategic competitors are strongly held… Because you have the right to have a Secretary of Defense whose views are better aligned with yours on these and other subjects, I believe it is right for me to step down from my position.”

I am pleased to announce that Mick Mulvaney, Director of the Office of Management & Budget, will be named Acting White House Chief of Staff, replacing General John Kelly, who has served our Country with distinction. Mick has done an outstanding job while in the Administration....