Not much happened this week, so check back next week. Not! From restarting our government to discussing free speech on campus, this week was another doozy. Here are some of the top stories from the past 7(ish) days. 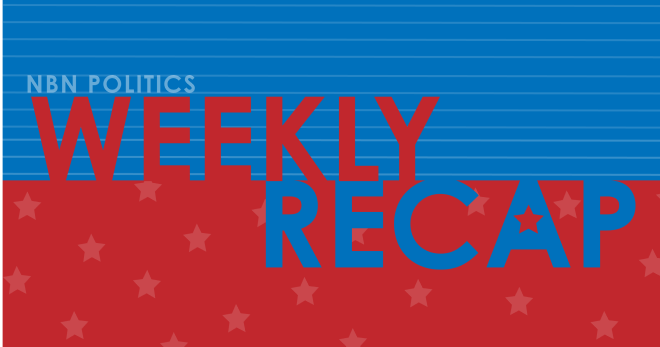 On Friday, President Trump agreed to sign a series of spending bills funding federal departments and agencies after the longest government shutdown in U.S. history, and ensuring back pay for furloughed workers. The agreement came after a 35 day stalemate between the president and Congressional Democrats over funding for a barrier on the border with Mexico. On Thursday, two partisan bills to reopen the government failed in the Senate, so Friday’s announcement surprised many. The new bill, though, only provides funding through Feb. 15, giving a committee of Congressional members and Senators three weeks to negotiate a deal on border security. If no deal is reached, the government will shut down again, and the president has threatened to declare a national emergency if that happens.

The Chicago Women’s March held a day of service last Saturday, the third anniversary of the National Women’s March, in lieu of an actual march. The organization claimed that it did not have the funding and resources for a march after its campaign to get voters to the polls for the 2018 midterms. However, women’s march organizations have recently been divided by issues of intersectionality, and the National Women’s March Organization has been ridiculed for association with anti-semitism, causing many to wonder if the Chicago branch has other reasons behind their decision.

California Sen. Kamala Harris announced on Monday that she will run for the presidency in 2020, joining a growing group of Democrats already pursuing the office. South Bend Mayor Pete Buttigieg also announced on Wednesday, bringing the grand total to eight candidates nearly two years before the election.

Special counsel Robert Mueller indicted long-time Trump adviser Roger Stone on Friday for his involvement with Wikileaks in obtaining emails from the Democratic party, allegedly at the direction of Trump campaign officials. Stone has publicly denounced the accusations made in the indictment and pledged allegiance to President Trump. He will appear in federal court and be subject to investigation, providing more fuel to the fire of Mueller’s investigation.

President Morton Shapiro and Provost Jonathan Holloway both spoke to students, at separate events, about visiting scholar Satoshi Kanazawa’s presence on campus. Kanazawa has published several widely denounced articles that are seen as unapologetically racist and sexist by much of the student body. Shapiro and Holloway attempted to answer student questions and concerns, but left many unsatisfied. It is unclear what will be done, but both administrators seemed committed to allowing Kanazawa to remain in the name of ‘academic freedom.’ Protestors at Holloway’s event disagreed.

The Supreme Court on Tuesday voted, 5-4 along ideological lines, to permit the Trump administration’s ban on transgender people serving in the military. Exceptions include those already in duty and those who agree to serve under their biological sex. Appeals from the Ninth Circuit court in San Francisco are expected, and the decision will certainly not be without legal challenges.