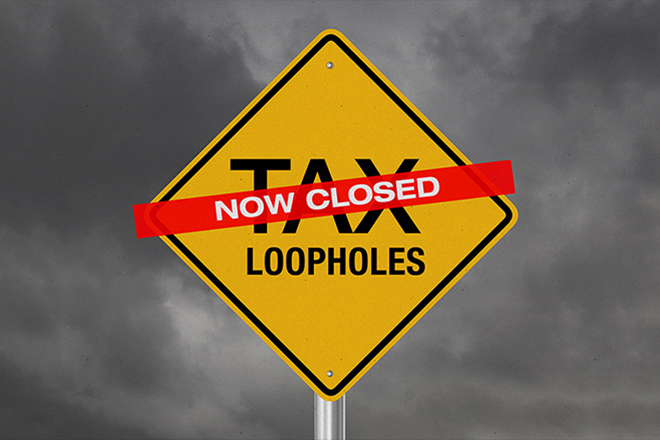 What are tax loopholes?

Tax loopholes are provisions in tax laws that allow Americans to pay less taxes. The best part is that they are completely legal. However, these loopholes tend to favor wealthier Americans who can afford to hire professionals to find loopholes in the United States’ very complex tax code. There are several different types of provisions that allow for tax deductions. For example, tax deductions can be awarded for donating a certain portion of your income to charity. Another provision is a relief for real estate investors who lose more money in real estate than they gain in their net income, which is known as a net operating loss. This latter type of loophole has gotten a good deal of attention because of the 2016 presidential election.

Why are they relevant?

The New York Times reported that Donald Trump lost over a billion dollars in 1995 by mismanaging three casinos in Atlantic City. The New York Times estimates that he would have been eligible for up to $50 million in income tax relief each year for 18 years. Income taxes pay for several important programs such social security, unemployment insurance and even defense spending. Trump’s critics allege a presidential candidate should pay his fair share of taxes. During last week’s presidential debate, Trump admitted that he took advantage of the tax loophole, but he also alleged that George Soros and Warren Buffett, billionaires and Clinton supporters, also used these loopholes. Buffett disputed these claims and released his tax returns for last year in response. They revealed that most of Buffett’s deductions come from his charitable donations.

Is anyone trying to limit the use of tax loopholes?

Both of the leading candidates of the Democratic primary promised to work to close certain loopholes. Hillary Clinton announced she will end three tax loopholes. The first loophole allows investors to pay taxes in a country with lower tax rates. The second allows hedge fund owners to classify their profits under the lower capital gains tax. The final loophole that Hillary Clinton promised to end allows millionaires to avoid the estate tax. After the Democratic primary, Sen. Bernie Sanders pledged to introduce legislation that would target the loopholes that Trump used.