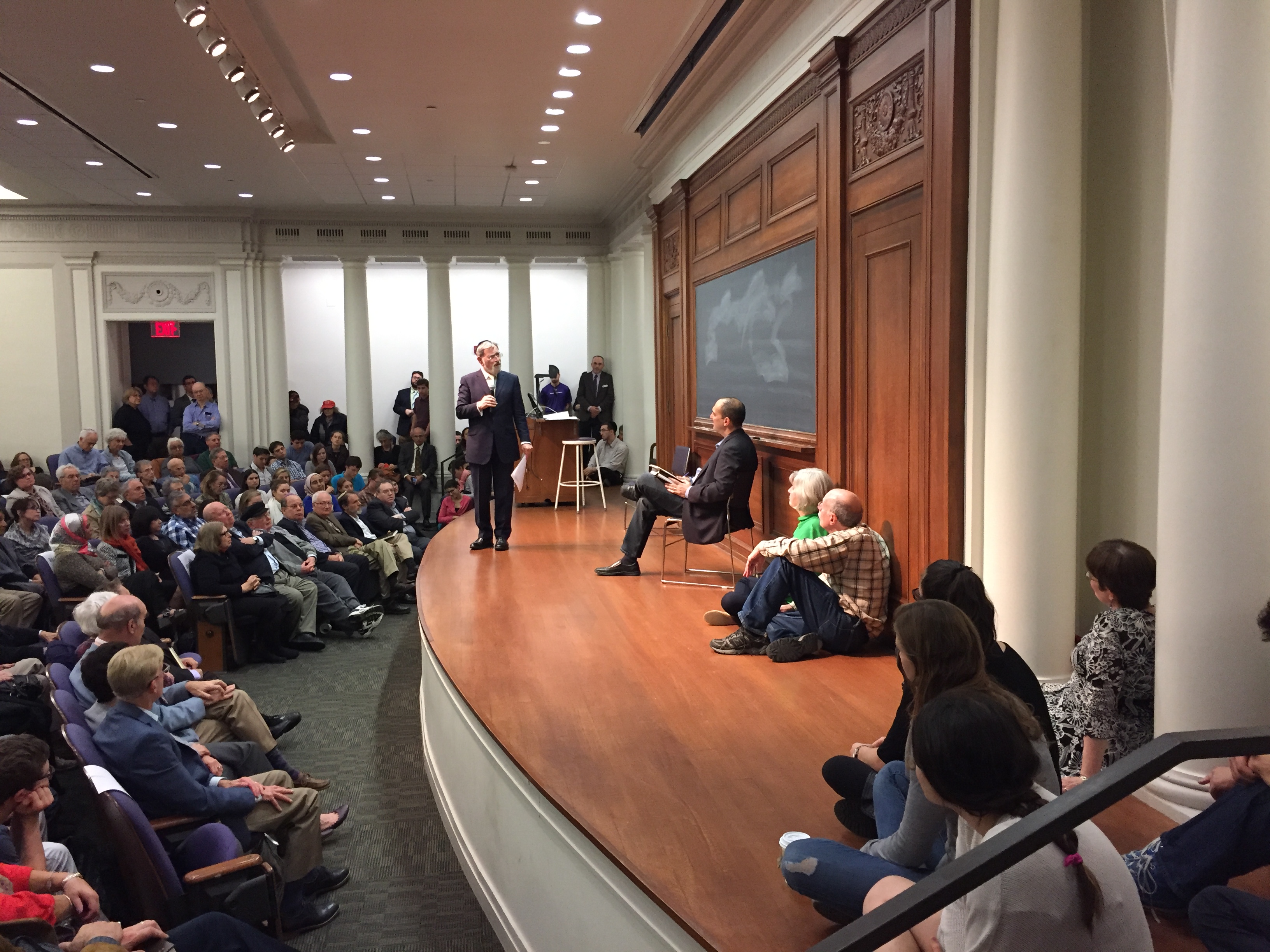 On the 20th anniversary of the religiously-motivated assassination of Israel Prime Minister Yitzhak Rabin, Rabbi Lord Jonathan Sacks – former chief rabbi of Great Britain and the Commonwealth as well as current professor at both NYU and Yeshiva University – spoke to a packed Harris Hall 107 about the basis of religious violence. The event was sponsored by Northwestern Hillel, The Buffett Institute for Global Studies, Office of Religious Life and Crown Family Center for Jewish and Israel Studies.

The content of Rabbi Sacks’s talk, called "Not in God’s Name: Confronting Religious Violence," stemmed from his recently-released book of the same title. He addressed the roots of human violence motivated by religion, which he framed as paradoxical from the beginning.

The central principle Sacks's speech focused on was the dividing line between "monotheists," who Sacks said believe everything good or bad comes from God, and dualists, who Sacks defined as those who believe that God provides only good circumstances. Dualists, Sacks explained, think that bad circumstances come from those who they believe to oppose God, and who therefore must be “eliminated.” Sacks referred to this dividing line mostly as a theoretical concept, but pointed out that this concept was most recently demonstrated through the religious violence in Iran and Syria.

“When history doesn’t follow the script, you suffer cognitive dissonance,” Sacks said. “When that happens, you can reach a tipping point, where it is so unbearable to think that all this bad stuff is coming from God that it becomes easier to say, ‘No, God is only behind the good things. And the bad things that happen to us happen from a source opposed to [us].’ That’s where dualism is born.”

Sacks said dualism is a “dangerous phenomenon,” since it dehumanizes one’s opponents, forces one to see themselves as a victim and influences what he called “altruistic evil,” or categorical acts of evil done in the name of what a dualist would call a noble cause. Monotheism, he said, is preferable because it internalizes the battle between good and evil rather than externalizing it.

“Realize that the enemy that we have to defeat is within ourselves, and if we fight and win that battle, we don’t have to fight the battles in the real world,” Sacks said. “You realize that if there is only one God, there is only one constant: one humanity in which we are brothers and sisters.”

“My football coach in high school used to say, ‘Don’t feel bad for yourself,’ and I never really knew what that meant,” Farsheed said. “As I got older, I understood and it kind of relates to what [Sacks] was saying. So I’ve had these type of views before, but never in a religious sense.”

In a Q&A session after his talk, Sacks was asked how survivors of traumatic religious violence should move on with their lives following their experiences. Sacks said the key is establishing a positive future, before taking the time to look back and mourn the past. Executive director of Northwestern Hillel Michael Simon said one of Sacks’s most important points, even though it wasn’t officially part of his speech.

“It’s those who think forward and not only want to survive and thrive but also think, ‘Even if there are people that are my enemy, they have children and grandchildren,’" Simon said. “‘And then it’s not only, 'What do I want for my children and grandchildren, but theirs as well?' Can we have a world where we’re both trying to move forward? In this world of conflict, that’s a message we all need to hear and try to embrace.”