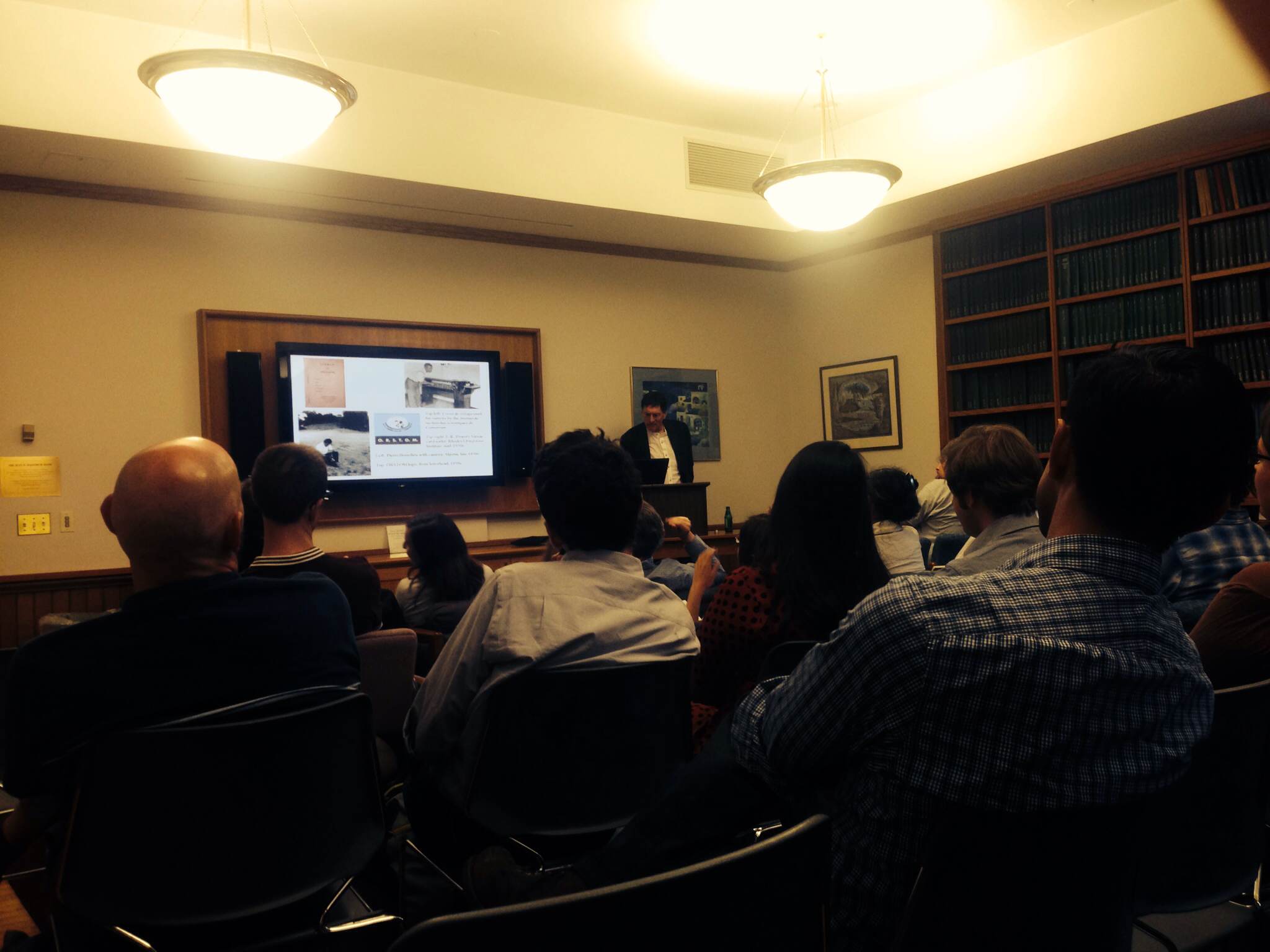 Are you an aspiring sociology major? Do you have an intense fascination with the way human psychology and cultural norms interact to dictate our actions, explaining everything from which restaurant you will eat at tonight to why capitalism and democracy can flourish in America? Either way, congratulations. You can trace your high-minded intellectual curiosity to a group of mid-20th century French and British white coats who used imperial colonialism in Africa, Asia and Latin America as a platform for a series of sociological studies that proved critical in the advancement of the field.

That was the crux of Monday afternoon’s lecture by University of Michigan sociologist George Steinmetz, one in a series being held by the Science in Human Culture Department. Speaking before a crowd of professors and graduate and Ph.D. students in University Hall, Steinmetz traced the roots of sociology back to ground-breaking experiments in places such as India and Sierra Leone at the behest of imperial governments.

But don’t worry, aspiring Max Webers and Karl Marxs of the world. Steinmetz’s research focused not on how these famous sociologists assisted in the systematic oppression of locals, but on how they subverted it.

In fact, Steinmetz hinted that the moral perch from which people look down upon the colonial period may have been erected by the sociologists of the era.

I think I know what he was trying to do, though I don’t think he quite closed the circle in his talk,” said Northwestern history professor Ken Alder. "But what he said was that many of the critiques of colonialism….. that we associate with the postcolonial period actually emerged during the colonial period from these sociologists.

Steinmetz also touched on the great struggle of sociology’s history: the struggle to gain respect as a rigorous scientific discipline and the struggle to maintain autonomy. The field has long been funded by governments seeking to advance a policy or solve a problem. Rarely have sociologists been given the no-strings-attached funding that researchers in the “hard-sciences” routinely receive. This, Steinmetz proposed, created a tension.

“Sociological practice is always in some ways in a tension, as he described, between trying to guard its autonomy as a discipline with its own methods that it sees as rigorous,” Alder said, “and the tug of being useful and serving either the state or organizations or doing policy.”