Jennicet Gutiérrez, invited to the White House last June for an event celebrating LGBT Pride month, interrupted Obama’s remarks, shouting “President Obama, release all LGBTQ immigrants from detention and stop all deportation.” The crowd shushed and booed as Gutiérrez, the undocumented translantina activist, repeated the line in Spanish and English. Finally Obama asked for her to be removed.

The incident went viral, making Gutiérrez a face of undocumented and transgender activism. In Unshackle NU’s final lecture on the private prison industry Wednesday, she spoke at the McCormick Foundation Center Forum to detail the abuses transgender undocumented immigrants face in these detention centers.

“Most of them booed me, but what many of them people don’t know... is that I had no other choice.” Gutiérrez said, saying she tried every other method to get her voice heard, from letters to phone calls.

Although Obama signed executive orders in 2014 to protect 5.5 million undocumented immigrants, before that he deported nearly 2 million immigrants, more than any President in US history. Enforcement has since picked up again. The executive order only applied to immigrants already in the country at the time. On New Year’s weekend, immigration officials raided dozens of families and detained 121 immigrants from Central America.

“He promised immigration reform within first two years, and now looking forward, he is about to leave office and the promise never came true,” Gutiérrez said. “Instead of these opportunities being open to us, the doors were being shut.”

Many of those detained will wind up in detention centers owned by private prisons, the majority of which are privately run. Although treatment is poor for everyone, Gutiérrez said, the intersection of a marginalized race and marginalized sexuality means LGBTQ, and particularly transgender, detainees suffer most.

Gutiérrez has said there are currently 75 transgender immigrants in detention center. Officials often house them according to their anatomy and not gender identity, Gutiérrez said, subjecting them to abuse and discrimination.

Despite comprising less than one percent of the general population, transgender people file 20 percent of the sexual assault cases in immigration detention, according to a 2013 report from the Government Accountability Office.

To protect LGBTQ people from abuse, guards often place them in solitary confinement for up to 23 hours per day. 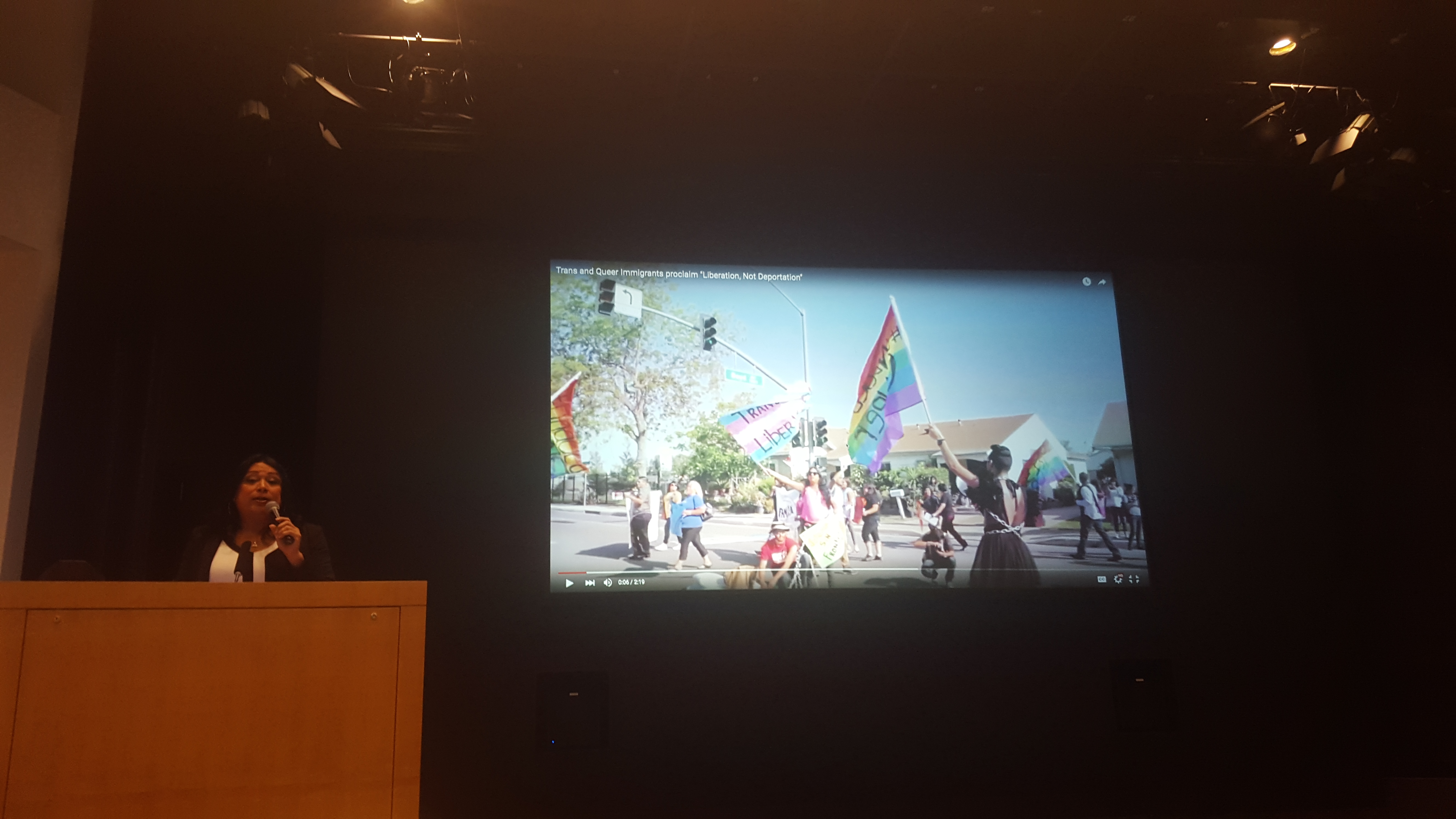 Gutiérrez speaks on life as a transgender undocumented woman

“Immigration says it’s for safety,” Gutiérrez said of solitary confinement, “but for us it's like torture.

According to a report from the Center for American Progress, holding people in solitary confinement on the basis of sexual orientation is in violation of ICE’s Performance-Based National Detention Standards.

Gutiérrez gave the example of a Nicole Hernandez, a transgender woman who fled physical abuse and sexual violence in Guatemala, only to be detained and physically and sexually abused in a male detention center. She mentioned another transgender woman in detention who has been denied treatment for a medical condition for two years.

SESP sophomore Yesenia Craig said she was appalled by the government’s failure to provide for these women.

“Just the fact that in detention centers they aren’t being protected, that so many of them are being raped... is crazy,” Craig said.

But change may be on the horizon, Gutiérrez said. Since 1994, immigrants have been able to apply for asylum in the United State, and in September, a federal court ruled that transgender people are even more “visible, and vulnerable, to harassment and persecution.” Now, Gutiérrez says, more and more transgender asylum seekers are winning legal status.

Still, Gutiérrez said, that the fight is not over. She said the fact that transgender people are still marginalized and oppressed in the United States, even by the much of the LGBTQ community, means she has to speak out. She wondered aloud why so many in the crowd at the White House event booed her.

“Was I too loud? Was I too trans? Was I too disrespectful?” she said, quoting Stonewall trans activist Sylvia Rivera, “One thing was for sure, my identity as an undocumented and immigrant transgender women did not give me an option but to disrupt and confront power.”