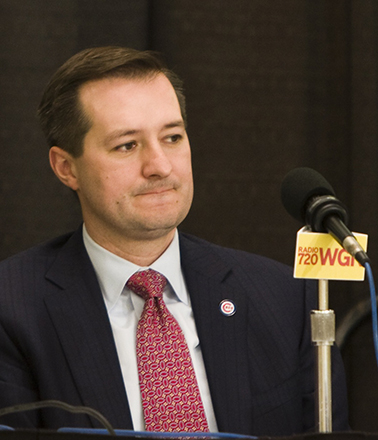 At the very beginning of Block 5, the dancers at DM were greeted in video form from the owner of the Chicago Cubs, Tom Ricketts. Here's five quick things you should know about him: