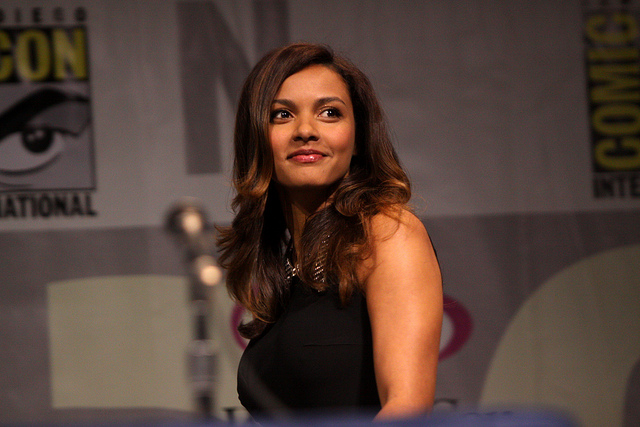 The cast of Gotham made an appearance in Block 2. Gotham, for the uninitiated, is basically a Batman TV series without the best part of Batman, i.e. Batman. It takes place before the rise of Batman, focusing on Police Commissioner James Gordon’s early days on the force and the origin stories of some of Batman’s villains. Erin Richards (Barbara Kean/Harley Quinn), Richard Kind (mayor Aubrey James) and Jessica Lucas (Tigress) videoed in to send a message of support. Here are five fast facts about these three stars:

1. Your first memory of Richard Kind is probably his appearance in A Bug's Life. Kind voiced Molt, the dim-witted grasshopper of the grasshopper gang, in the 1998 animated film.

3. Jessica Lucas has been acting since age 7. The Canadian actress performed in stage productions of Snow White and the Seven Dwarfs and Grease, among others.

4. Richard Kind is a Northwestern alumnus. After graduating from Northwestern in 1978, Kind worked at the improv comedy theater Second City.

5. Jessica Lucas starred as Lily in J.J. Abrams’ Cloverfield. Lucas escapes from New York City as it’s being destroyed by a giant Godzilla-like monster while her boyfriend, Rob, dies.